They don’t buy it.  And you’re frustrated – either they don’t get it, or their budget is too low, etc.   Years ago Drew approached Wham O’ with a proposal to do a line of Drew Boogie Boards for kids.  He knew that they had trouble getting their kids boards into core surf shops, and he also knew that his art would open those doors for them.  But they said “no”.  And then one year later, he tried again.  They said “no”.   But the third time was a charm – read on:  END_OF_DOCUMENT_TOKEN_TO_BE_REPLACED

A “SURF EXPO” FOR YOU! Open to the public, the Sacred Craft Surfboard Expo is being held in the Wyland Exhibit Hall, Del Mar Fairgrounds, CA. on October 11 & 12, 2008. There will be a lot of interesting exhibits to explore.

PAINTING SEMINAR WITH DREW: SUNDAY, OCT. 12, FROM 2-3 P.M. Drew will demonstrate paint pen techniques and answer all your questions. He’ll also give out some stickers & posters!

The Sneaky Contract: About a year ago we got a call from a large beer company in the U.S. They asked if Drew would paint a surfboard that they were going to give away for charity at one of the major surf contests. We agreed to $2,500. They would supply the board and cover shipping back & forth. All was good until…….they e-mailed me a contract…… END_OF_DOCUMENT_TOKEN_TO_BE_REPLACED 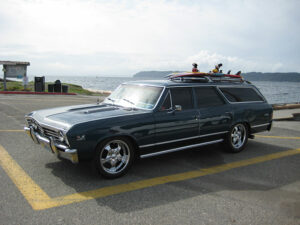 Steve sent in photos of his two new custom Drew Brophy Surfboards on top of his classic custom Malibu. Looks like a sweet ride Steve! Check out more photos: END_OF_DOCUMENT_TOKEN_TO_BE_REPLACED