They don’t buy it.  And you’re frustrated – either they don’t get it, or their budget is too low, etc.   Years ago Drew approached Wham O’ with a proposal to do a line of Drew Boogie Boards for kids.  He knew that they had trouble getting their kids boards into core surf shops, and he also knew that his art would open those doors for them.  But they said “no”.  And then one year later, he tried again.  They said “no”.   But the third time was a charm – read on:  END_OF_DOCUMENT_TOKEN_TO_BE_REPLACED

The Sneaky Contract: About a year ago we got a call from a large beer company in the U.S. They asked if Drew would paint a surfboard that they were going to give away for charity at one of the major surf contests. We agreed to $2,500. They would supply the board and cover shipping back & forth. All was good until…….they e-mailed me a contract…… END_OF_DOCUMENT_TOKEN_TO_BE_REPLACED 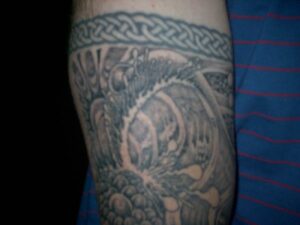 “dear sir, i am a fan of your art so much that i had this foamytube drawing tatooed on my arm , see attachment

my thanks jason harris”

Click “more” to see the print he got it from: END_OF_DOCUMENT_TOKEN_TO_BE_REPLACED 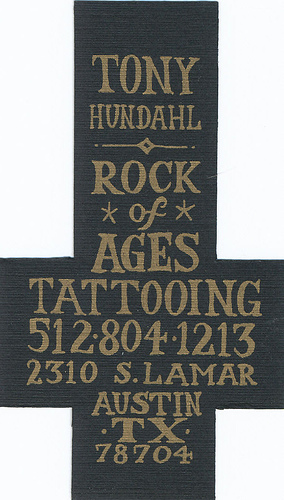 This is one biz card you won't throw away!

This is so basic, but I’m amazed at how many artists will walk into my office, ask me to refer them for this and that, and when I ask for their business card they say, “oh, I don’t have one.” And I promptly smack them on the head for being absurd…..and give them the following lecture: END_OF_DOCUMENT_TOKEN_TO_BE_REPLACED

Have you ever priced out a project for a client, only to find out later that they expected you to give more than you agreed to, and then you realize too late that you greatly UNDERPRICED the project? We’ve done this once or twice, but last years was the most disappointing, because we lost the deal entirely.

Drew was approached by Sesame Workshop to do a co-branding clothing line, which means that their characters and Drew’s logo and art would be on the designs, and we would share in the royalties. It was an exciting project, and we had two separate meetings in New York with them to plan it out. I priced out the initial advance, and we were good to go UNTIL – the contract phase, and that’s when the problems began: END_OF_DOCUMENT_TOKEN_TO_BE_REPLACED