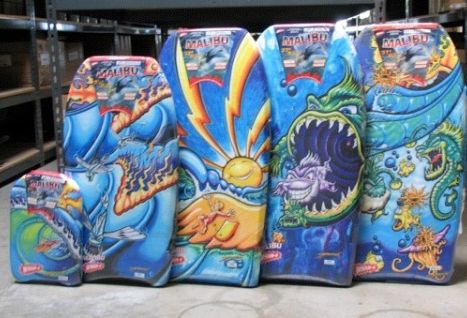 Posted at 12:57h in Behind the Scenes..., CASE STUDY by Maria Brophy 0 Comments
16 Likes
Share

REVITALIZE existing Boogie Board products; make them authentic enough to be accepted by surf shop retailers.

Drew designed a complete line of Morey Boogie Boards, which bore his name.  Immediately, sales sky rocketed.  Surf shops began carrying the new Boogie Board line.  In less than 3 years, the Brophy-line of Boogie Boards were sold en-mass throughout the world.

RESULTS:  According to Wham O designer, Petey Peterson, the Brophy-line of Boogie Boards stand out as the most successful body boards that ever retailed, in history, to date.  Mission Accomplished!

“Drew’s art defined our best-selling line of Liquid Force Wakeboards called the Trip Series back in 1996.

We worked together for years, building an amazing range of Morey Boogie Boards (for Wham O) that featured Drew’s original concepts and unique background effects. These stand out as the most successful body boards that ever retailed – EVER.

It is not a coincidence that Drew is the leading artist in today’s surf and skate scene. His art is like gold.  He is the Real Deal and I am blessed to have had the pleasure to work with him through these last two centuries!”  Michael “Petey” Peterson, Designer