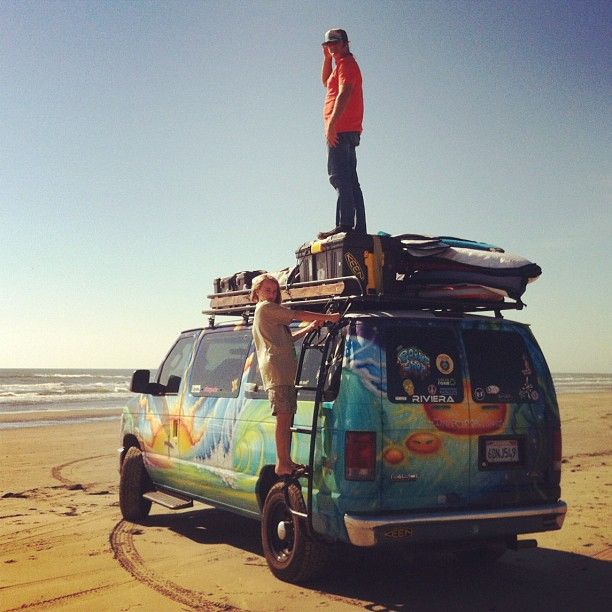 STANDUP Paddle Magazine Dec 2011 Issue featured Seth Warren’s Story onDrew and Seth’s 225 mile paddle down the Colorado River, and rapids, on paddle boards.  Seth and Drew were the first to ever standup paddle the entire 225 miles from Lee’s Ferry to Diamond Creek.

The magazine feature included six pages of story and amazing photos taken by Seth Warren.  Here’s some of the article: 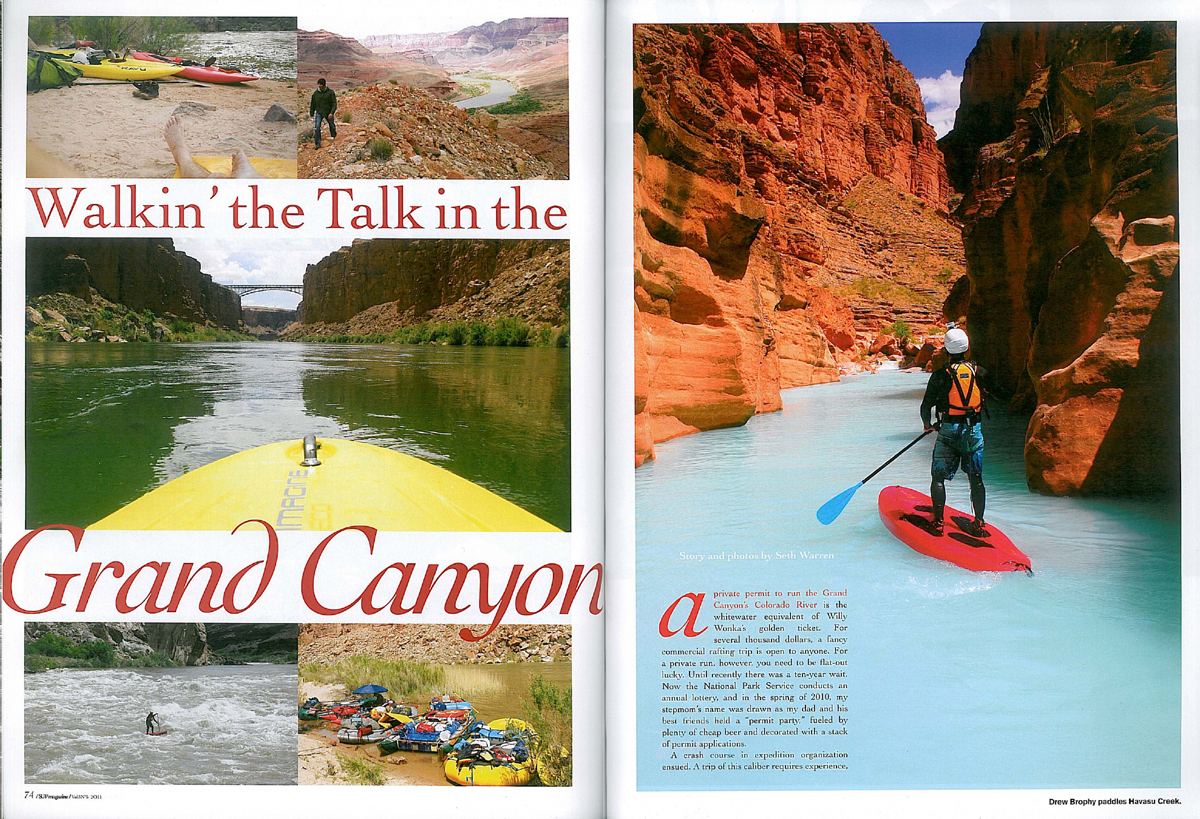 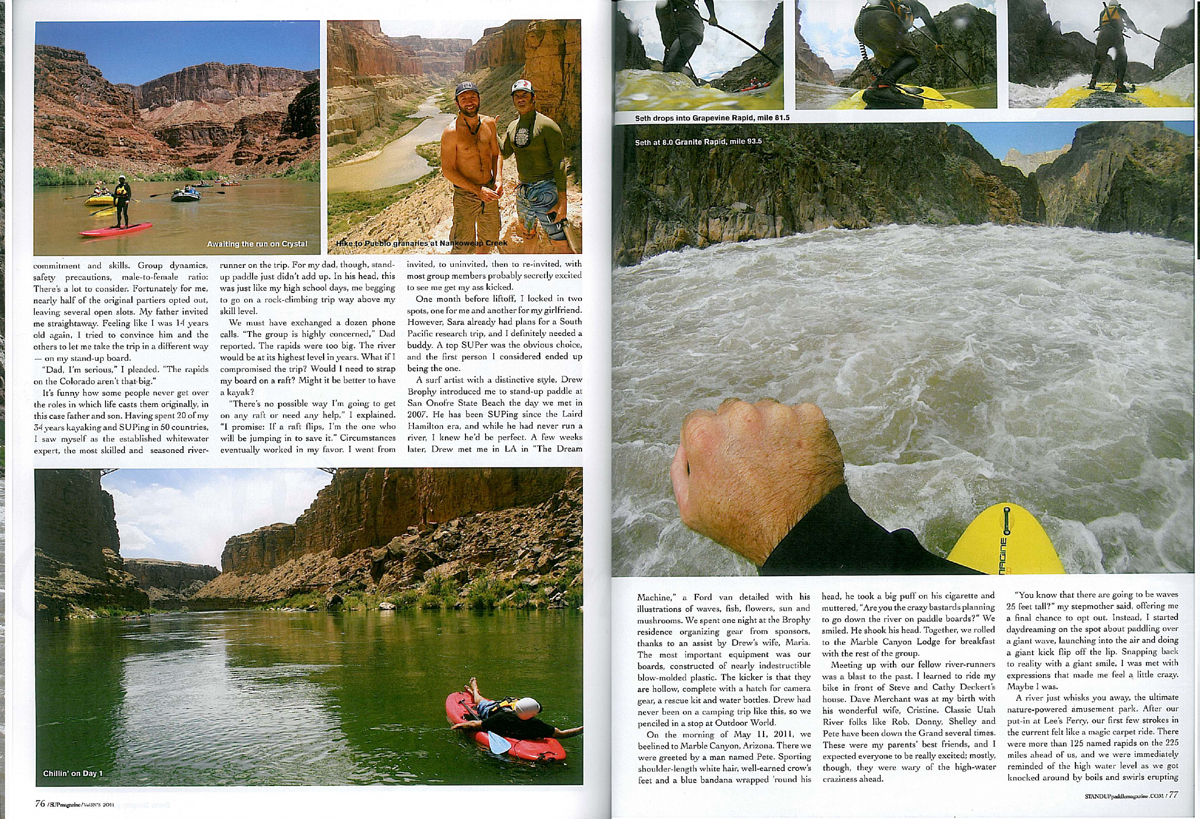 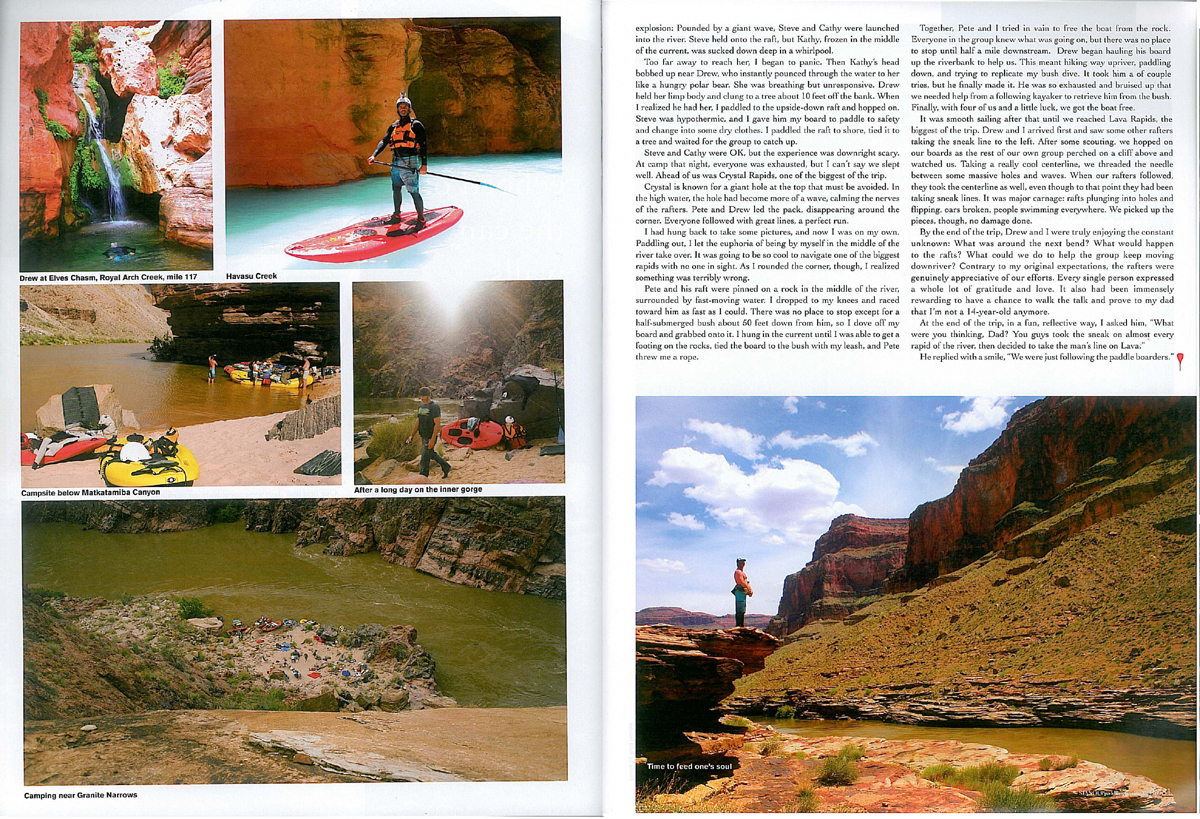 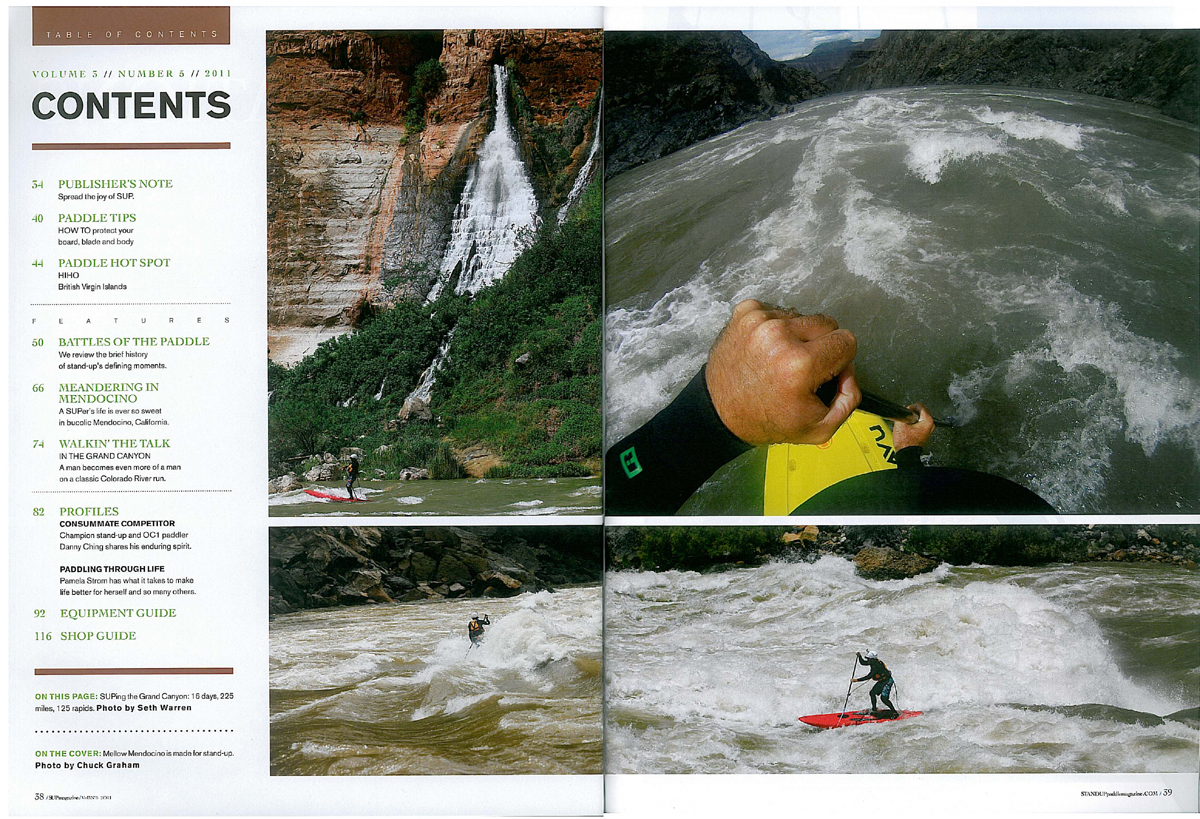 PRLog (Press Release) – May 22, 2012 – The economy has turned upward, and Artist Drew Brophy is celebrating by revealing all new art at the Licensing Expo in Las Vegas.  The show, to be held June 12-14, 2012, is where the world’s popular brands exhibit their latest creations to manufacturers.

Drew Brophy properties are represented by agency Son of the Sea, Inc.

Known for surfing big waves and adventuring the globe, Drew Brophy’s art has been represented in the niche of surf art and action sports for over 25 years.  He has licensed his art to many big brands, including K-Swiss, Converse, Wham-O, Sigg, Walter Foster and Hard Rock Casino.

Now, Drew Brophy will reach a broader demographic through newly created art, which will be revealed for the first time at Licensing Expo.

His new creations include an Epoch Earth line, sun & fun theme for kids and  his inspiring brand dubbed “IYI” which stands for “Inspire Your Imagination.”

Maria Brophy, CEO of Son of the Sea, Inc., attributes over 60% of their licensing success to first contact at Licensing Expo events.

“Licensing Expo allows us to meet the “who’s-who” in licensing.  With each exhibit, we walk away with at least five or six new deals that we otherwise wouldn’t have.”  Maria Brophy says.

“This year, we will double that, as we are launching new art categories designed specifically for mainstream tastes.  Drew’s surf-themed art will always be available, but we wanted to broaden our reach beyond the niche. ”

The Brophy’s have a few “not to miss” events at their booth #4811 at Licensing Expo:

We will be exhibiting at License Show this June in Las Vegas.  Come see us at Booth Number #4811.

We will be showing all new art collections created JUST for licensing this year.

Come to booth #4811 at Licensing Expo for the following Events:

THE PAINT SHOP TV:  Viewing of all 6 episodes in the booth during Licensing Expo.  Come watch our “behind the scenes” tv show!  Details on The Paint Shop here.

You can also meet with our Brazilian and New Zealand/Australia licensing agents, who will be on hand for meetings.  Hope to see you there! 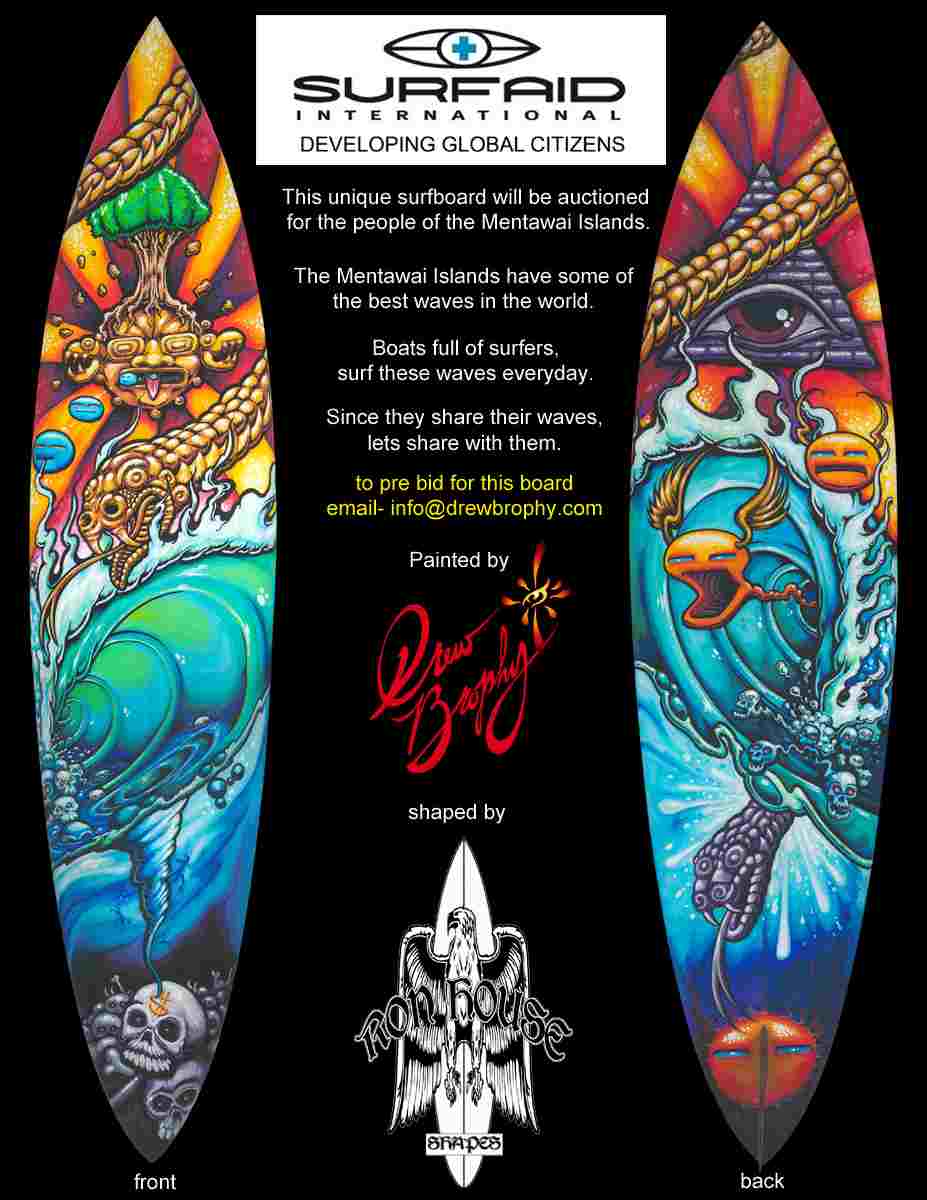 It’s rare that you can get more than a couple of the most influential surf artists together in one room at the same time – a little like herding cats!

But, artist Matt Beard figured out how to do it.

A Board Art Benefit event was held at The Aaron Chang Ocean Art Gallery in Solana Beach.

Funds raised will directly support SurfAid’s humanitarian efforts on the Mentawai and Nias islands in Indonesia.

The surfboard painting I did for this awesome event is called PERCESSION and it’s the first surfboard I’ve painted all the way around – so it’s different (special).

Follow up to this post:  This surfboard recently sold to an art collector from San Diego County.  But many other boards are still available – you can check out all the boards here …